We had six swimmers attend this gala in the National Aquatic Centre on Saturday last.   Swimmers who attended were Aoibhín, Rebekah, Adam, Darragh,  Edvardas and Sean.  The races were long
course which means the swimmers are in the long pool 50m as opposed to 25m.   We had a mixed bag of results, with the swim of the day going to 14 year old Sean Greenan who swam with a big
personal best time to claim a bronze medal in the 400free race.  This was a great end to a long day for Sean who also achieved nice PBS in his other swims.  Darragh was close to medalling on a few
occasions with him placing 4th in 100brs, 4th in 50brs and 4th in 100fly events. 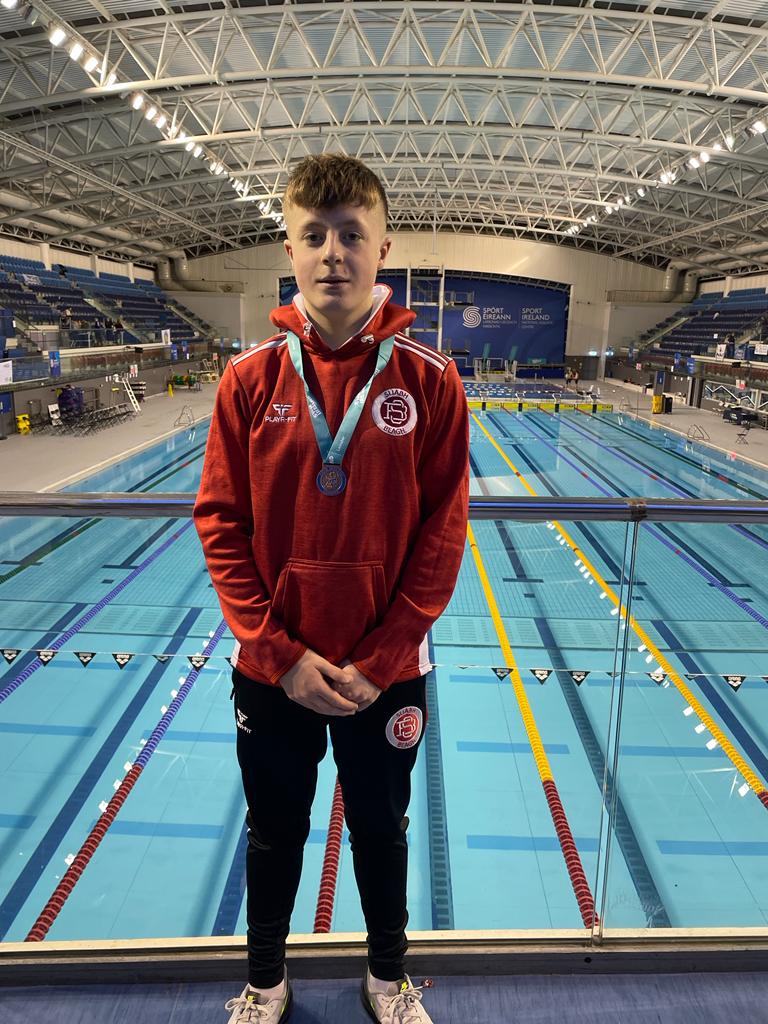 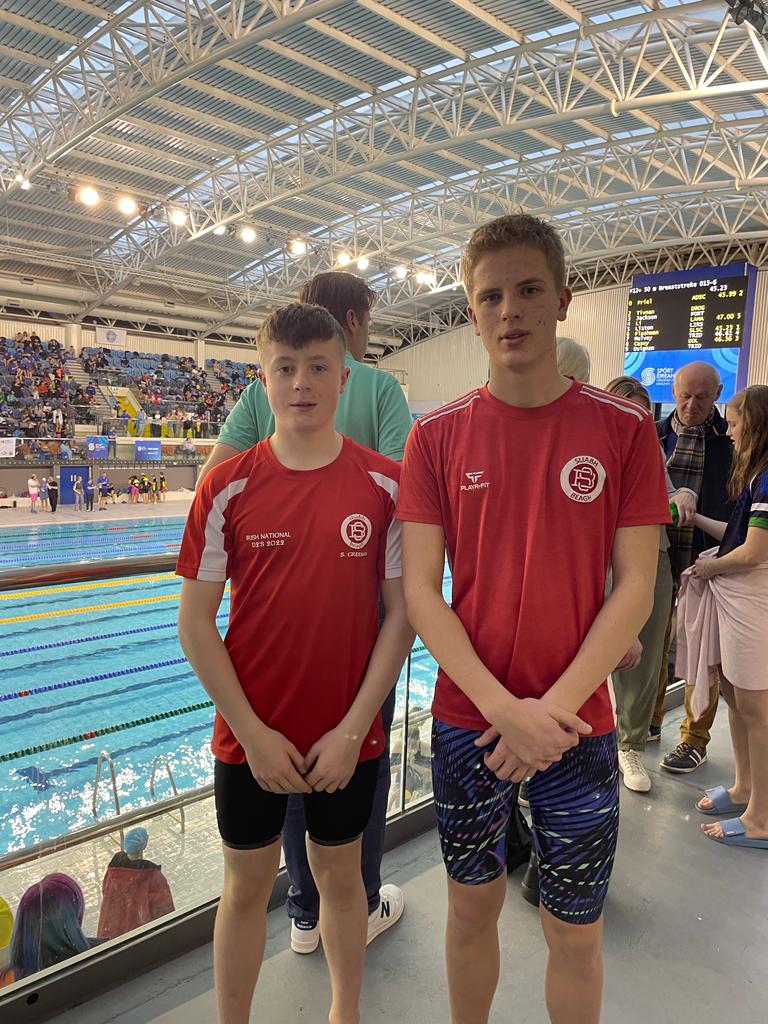 Some of our swimmers achieved new personal best times and for some it was their first attempt at long course in certain
events which is always a learning experience.  We know the swimmers will work hard to build on this experience as we go onwards through the season.

Well done everyone and thanks to Coach Pearse for attending on the day.

As we start a new Calendar Year, we would like to take a look back on 2022 and what a success it has been for our Club.   After 2 years of COVID disruption leading to reduced training and minimal
competitions, we certainly took every opportunity to shine!

2nd place for our Aquasprint Team – swimmers aged from 8 years to 13 years swam their heart out for our club over 4 competitions with other Clubs.  For many this was their 1st experience of competitive swimming.

12 Swimmers from our Senior and Intermediate Squads qualified for the 2 Summer Nationals Competitions in July.  They competed in 42 Races, achieved 32 P.B.’s, qualified in 17 Finals and received medals in 8 of those.

Over 50 new members to the Club starting out on their swimming journey!!

This success is down to everyone involved in the Club – the Parents, the Coaches, the Committee and most importantly the Swimmers themselves.  The Club is nothing without each and every one of
these playing their part.

Sliabh Beagh ASC would also like to take this opportunity to thank all our sponsors and grant providers for their support throughout the year and we look forward to your continued support. 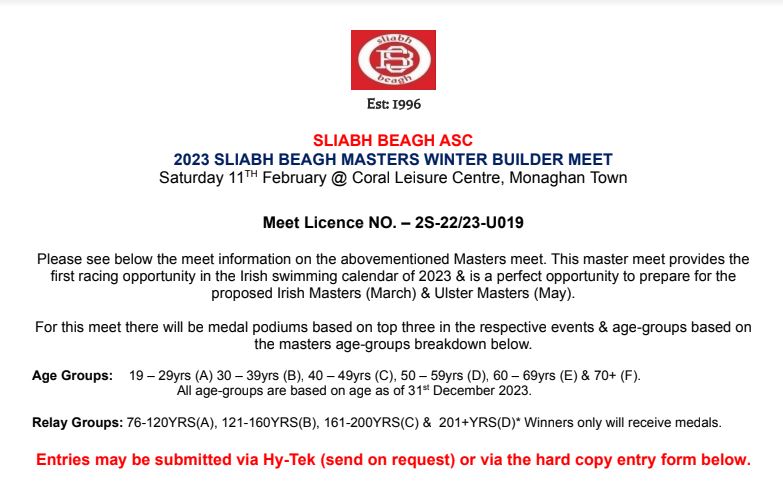 The gala ran off in two sessions, with the older swimmers in the morning and the younger in the afternoon.
Our special guest was Olympian Andrew Bree who is a double Olympian (2000 and 2008) and an Irish National swimming broadcaster.  He also holds Irish national records for swimming. We handed him a mic and he acted as commentator for the gala which added a bit of excitement for the swimmers.  Let’s just say he was fantastic in this role and we are very grateful to him for giving up his time on Sunday.

The gala ran off very smoothly with lots of exciting and close races. We had lots of medal success and personal best times achieved. The relays at the start and end of the gala proved to be a great hit
with lots of rivalry between the various clubs involved.  Our swimmers performed well, they should be very proud of themselves. We hope the swimmers who had to pull out at the last minute due to
illness are on the road to recovery.

We could not run this gala without the massive amount of help we received from our entire swimming community from Head Coach Pearse McGuigan who made it happen along with the Committee members Louise, Kim, Aoife, Sylvia and Claire, our other coaches, to the parents who came in the evening before to set up the shop and get the deck ready and pool set up,  you know who you are, thank you so much.   To our timekeepers, shop workers, team managers, runners, to the ladies on the desk, we couldn’t have done it without all this help.  To those who helped afterwards putting the pool back to normal, thank you.

Thanks to the staff of Coral leisure for facilitating our gala, as always, very supportive of our Club.

We had our first gala of the Provincial Towns League on Saturday in Coral Leisure. This was a home gala for us, we welcomed Ballymoney to Monaghan for this event.  We had a full squad of swimmers
for the evening.

For this  League we will have three galas between now and February followed by finals later in the season.  These are team events; points are scored for each team depending on where their swimmers finish in the races.  All races are 50m except for the 100 IM and the relays are 4 x 50m.  There are four age groups, A to D, with A being our youngest swimmers and D being the older ones; fifteen years and older.

All hands were on deck on Saturday night (excuse the pun) to help with the preparations and the smooth running of the gala.  We thank our parents and coaches for their help in many ways, making
sandwiches, setting up the pool, organising the children,  timekeeping, the touch judges and so on. 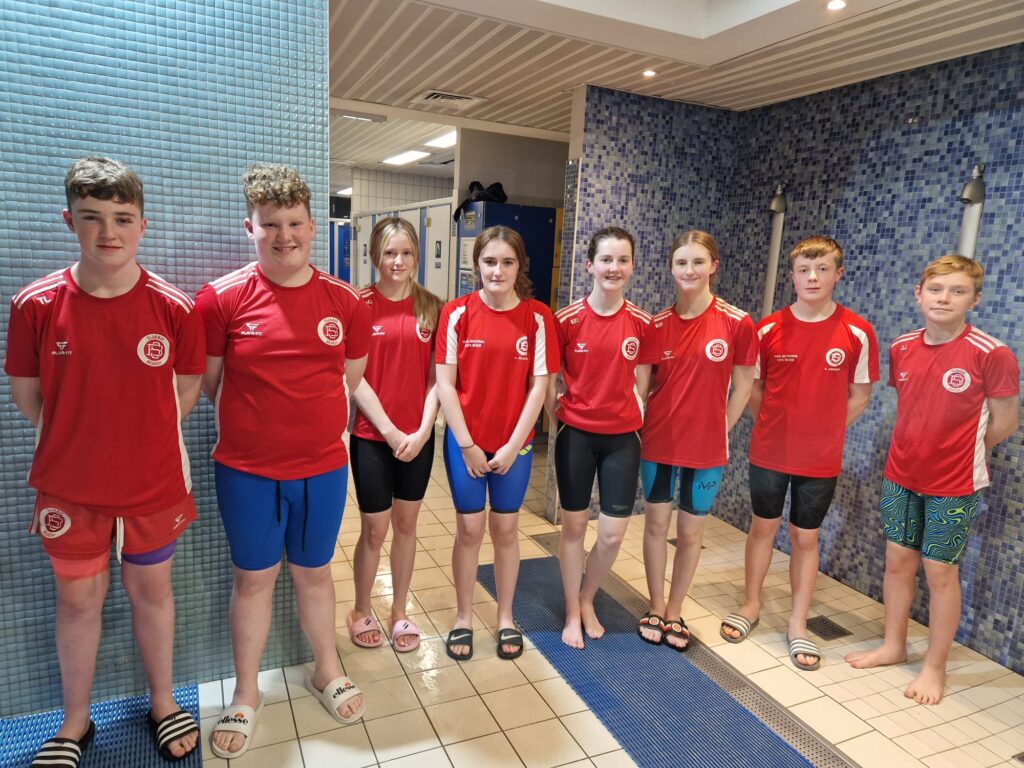 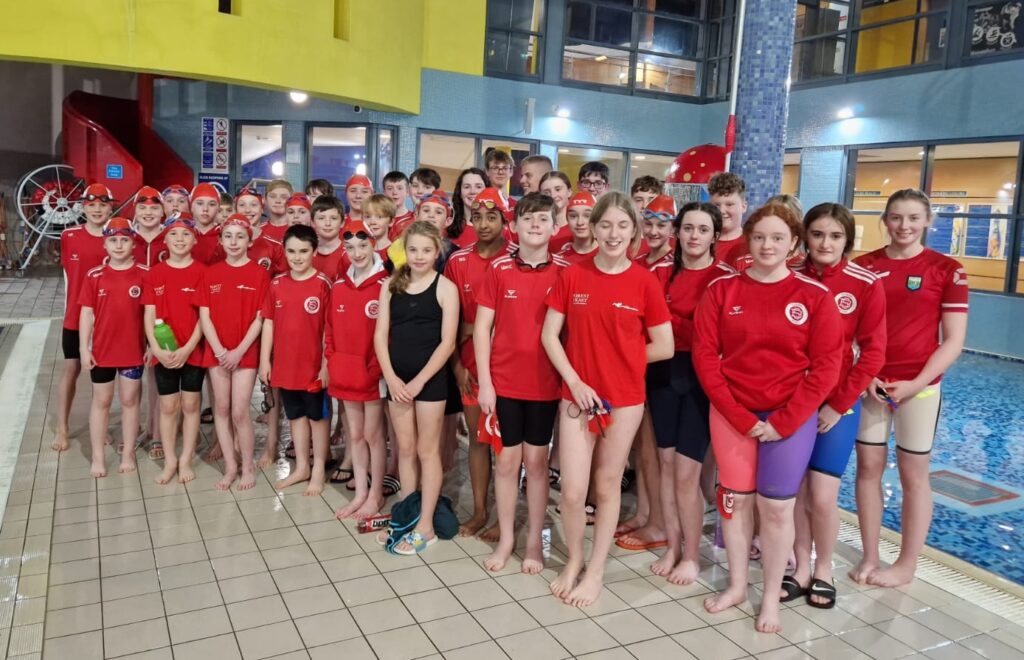 The atmosphere was electric from start to finish with our team cheering on their teammates from the deck. There were some exciting medley relays at the start which set the tone for the evening.  Sliabh Beagh did very well in the relays, this gave us hope that the rest of the gala might just be in our favour. For the next couple of hours our swimmers gave it their all and swam out of their skin.   In many races we finished first, second and third which ensured the points added up quickly.  In the final freestyle relays, again we were dominant with some very close races at the end.
After the gala we had some lovely refreshments provided by the parents of Sliabh Beagh swimmers.  One Ballymoney parent declared ‘it was the best spread they’d ever gotten at a PTL gala’, so we  better keep up our standards for next time!

Final score was announced: Sliabh Beagh 562, Ballymoney 391 so we had a convincing win and hopefully we can do the same again this weekend against Lecale in Downpatrick.

Well done to you all, you were all terrific and thanks also to the coaching team for their support and hard work.

Next gala is in Downpatrick on Saturday afternoon.

Best of luck to all.