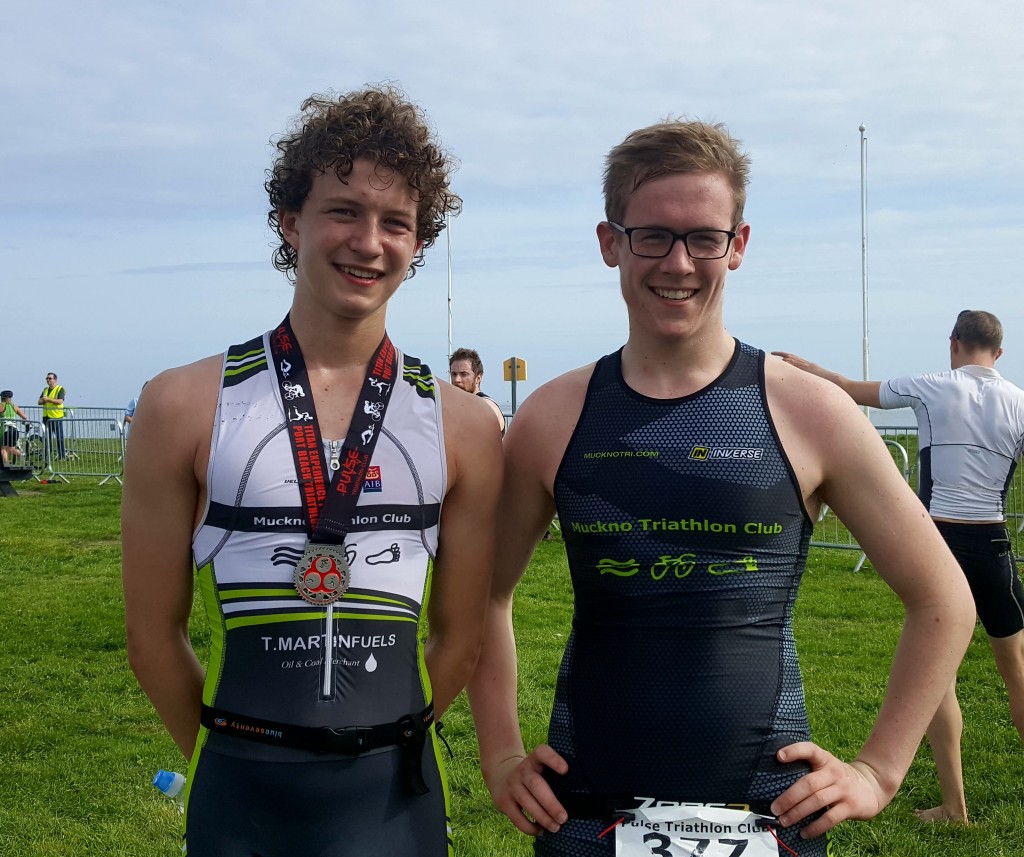 Last Saturday two of our Sliabh Beagh swimmers took part in the National series Pulse Port triathlon near Clogherhead. This was a fantastic race to be part of with over 600 competitors taking part in the National Series, Superseries and Paratriathlon races and with blue skies overhead it was perfect racing conditions!  Both athletes had a great race with the swim section beginning with a 100m dash out into the sea, followed by a 20K cycle loop and 5K run. Both boys produced personal best times and finished in the top 10 in their age group.

Well done to all the Sliabh Beagh swimmers who took part in the Three Club Challenge in Coothill at the weekend helping the Muckno tri club to victory. Six swimmers took part and completed the one kilometre swim handing over the baton to the Muckno cyclist who then completed the 40K cycle and 10K run.  Well done to Leon Campbell who was first out of the water followed by Peter O Hara, Emily Madden, Allison Gorman, Danny Madden and Katie Bowden. Well done everyone!