Our Aquasprint Squads had an early morning Dual on 10th April between Team Titans and Team Aquacenturians in Coral Leisure. This was a fun event organised as a practice run for the upcoming Aquasprint series.  Our aquasprint teams were split into two teams who battled against each other in the pool. All races were 25m as per the Aquasprint series. These races in all four strokes were followed by fun relays.

Afterwards the committee had organised brunch for all the children, thanks to Louise Skeath for this, and tea and coffee for the Mums and Dads. The aquasprint team were presented with their aquasprint t-shirts and photos were taken. Easter eggs were given out to all the kids.  We wish this team the best of luck in their upcoming galas, enjoy every minute! 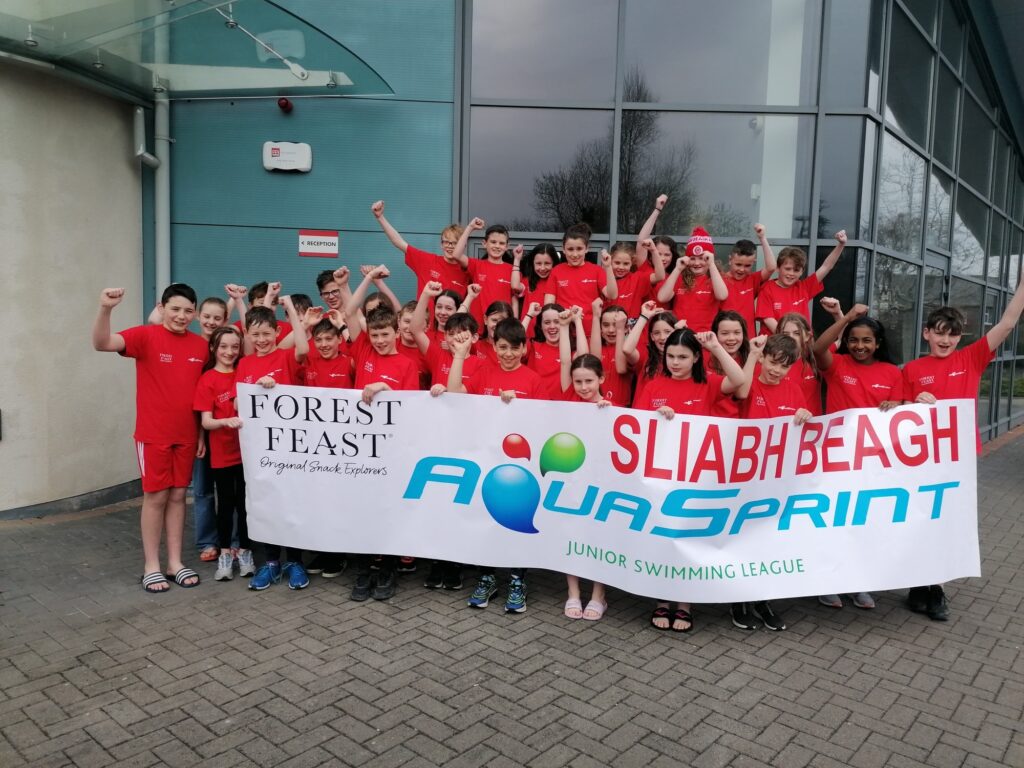 Thanks to all the parents for helping and the committee for organising the brunch and eggs.