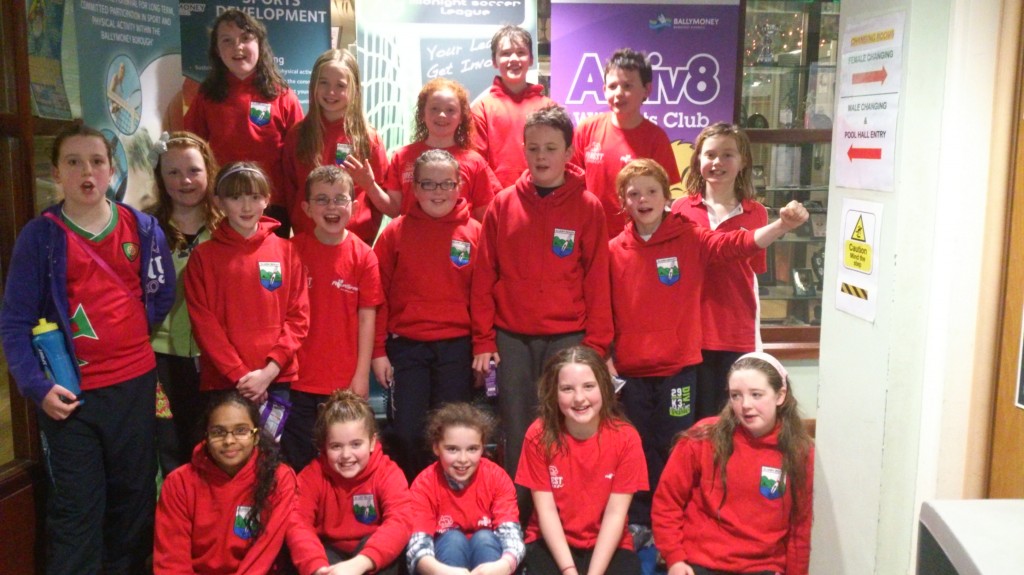 The first gala of the Forest Feasts junior Aquasprint  took place with the Sliabh Beagh team travelling to Ballymoney. This was a first gala for many of the team and the first time to compete in a pool away from home.  All swimmers put in a great effort and worked well as a team. The coach’s were very pleased with the team’s progress, especially as this is very early in the season.  Ballymoney moved ahead in the relays but Sliabh Beagh had some very strong individual races. When the final scores came in Ballymoney won by a slight margin of 209 to Ballymoney and 191 to Sliabh Beagh. 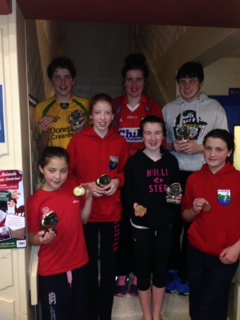 The Marie Murphy gala took place in Newry Pool on the 1st December. Seven swimmers from the club took part and were placed in all races. Ross Delaney, four gold medals , Ciaran Deasy four gold , Jordan Mc Shane, one gold one silver and two bronze, Megan Mc Shane, three gold, one silver, Caragh Leonard, four gold, Caoimhe Leonard one bronze, Orla Young, two gold and one silver.   All swimmers received the top swimmer award in their age group with the club getting five out of the eight awards given.

Last weekend the Irish Short Course Championships were held in Lagan valley LeisurePlex, Lisburn. Over 400 swimmers were entered from all over Ireland. Four Sliabh Beagh swimmers competed in this event. There were Alannah Leonard, Deirbhile Coll, Ross Delaney and Peter O’Hara.

On Saturday while two of our swimmers made B Finals, we did not feel it was a good day, performance wise. Deirbhile had a good PB in Breaststroke but her goggles filled up after the dive in the 400 Free thus making the next 16 lengths very uncomfortable and as a result her swim was not to her expected standard. Ross swam a fast 200 Fly and a very good 100 Free. Again he made the B final in the 200 fly. His time was just slower than his PB but his technique was much improved and he paced the race much better, tiring in the latter stage. In the 100 free he swam a 55second race and again tried to manage the race a bit better than usual. This worked for 85m but he faded, just missing a new PB by .8 of a second.

Alannah did not perform to her usual standard on Saturday in the 400 Free (and also a goggle problem) and 200 Backstroke. However despite this unexplained drop in form she still managed to make the B Final in the 200 Backstroke. On Sunday she returned with a vengeance and swam into 5th place in the 400 IM in a new Personal best time of 5.06, swimming a very strong 100 Fly, 100 Back and 100 Free. Her 100 breaststroke is improving, but it was where she lost contact with the winners. The winner was the London Olympian Grainne Murphy. In the 100 Backstroke she again made the final and while not delivering a PB time, nevertheless retrieved some of the time she lost to her competitors earlier in the day.

Generally it was a good learning experience for swimmers and coaches. We learned that the competition has possibly got tougher. The swimmers, while many are swimming fast are not technically great. So for the next few months we just have to put the head down and work a little harder and a lot smarter. The coach was overheard saying that ‘he must move from being tough to being ruthless’!! For those not there the message is the same.

The next outings for club swimmers are the Development Gala in Ballymena and the Christmas Qualifying gala in Bangor.

On Sunday in Castleblayney along with 600 other runners and walkers, seven of the Sliabh Beagh swimmers took on with running a 5k. Well done to Leon and James Campbell, Gearoid Coyle, Colin and Allison Gorman, Louise and Olivia Gorman.  This was quite a challenge as some of them had not run this distance before.  Showing that their fitness in the pool can be transferred to the open road they took off with most of the recommended pacing going Beagh parents also took on the challenge.  An equal well done to Deirdre Comiskey, Aiden Campbell, Paddy and Siobhan Gorman, Frankie and Geraldine Gorman and Emer Mc Kenna.  The event was concluded with a talk from Cartiona Mc Kiernan, former  World Cross Country  Champion who recommended that children should try out a number of sports, Our seven swimmers certainly did that on the day.

Swim Ulster Development 2 gala in Ballymena. Good luck to  everyone taking part in the gala this weekend.

Swim Ulster Christmas Qualifying gala 13th to 15th of December.  17 swimmers travel to lisburn to compete in this gala.  The purpose of which for all is to improve on existing times. Some are hoping to gain qualifying times early in the season for Ulster Age Group, and Irish Age Groups later next year. Good luck to everyone.