Congratulations to one of our Masters swimmers Sean McCabe. 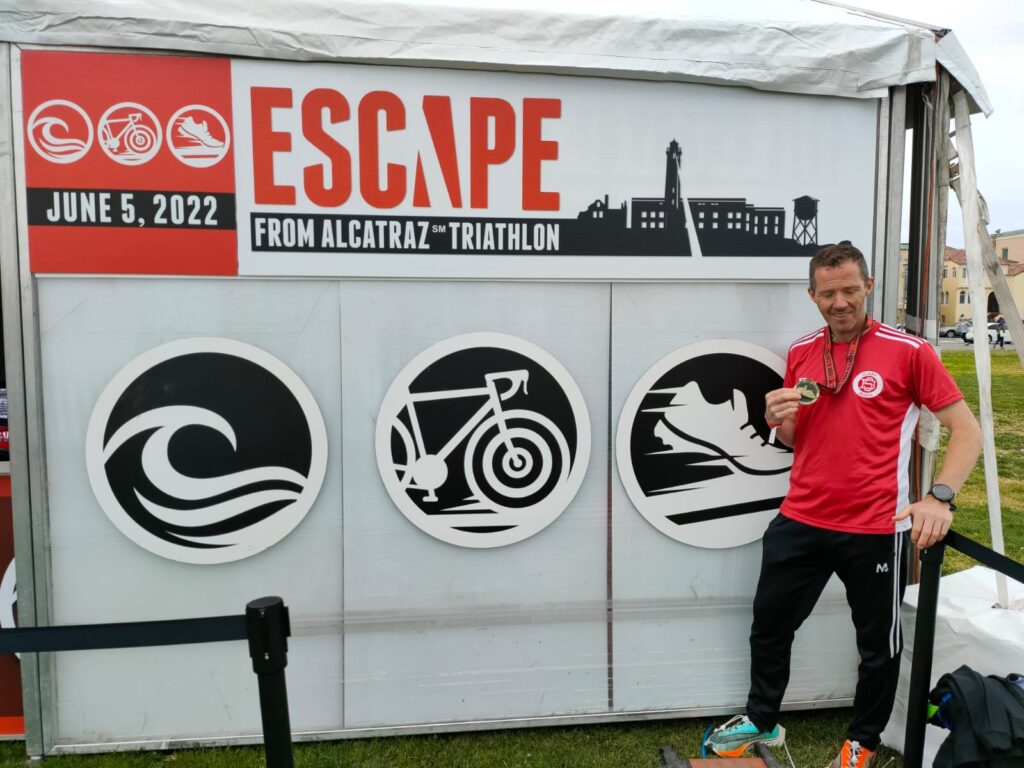 For over 40 years, triathletes from around the globe descend on San Francisco for the chance to attempt a feat once thought impossible – ESCAPE from Alcatraz. Entering it’s 40th year, Escape from Alcatraz Triathlon attracts World Champions, Olympic Medalists and the best amateur triathletes from 50 states and over 50 countries around the World.  They put their endurance and adventurous spirit to the test as they take on San Francisco’s legendary Bay, steep hills, and rugged terrain. Consistently ranked as a must-do event among triathletes, this race draws thousands each summer to find out who has what it takes to ESCAPE! 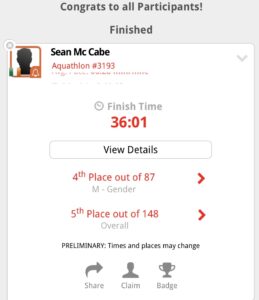 On Saturday morning Sean decided to have a little warm up ahead of the BIG Escape and competed Escape from Alcatraz Aquathon – which consisted of a swim 750 meters & a run 5 kilometers. 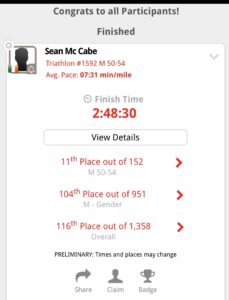 The BIG One – The Escape from Alcatraz Triathlon features a 1.5-mile swim from Alcatraz Island to the shores of the St. Francis Yacht Club, a grueling 18-mile bike ride, and a demanding 8-mile run through the trails of the Golden Gate Recreational Area.  Set against the natural beauty of San Francisco, this thrilling triathlon is a real-life postcard through the City by the Bay.

Once Again CONGRATULATIONS Sean, what is next!!!