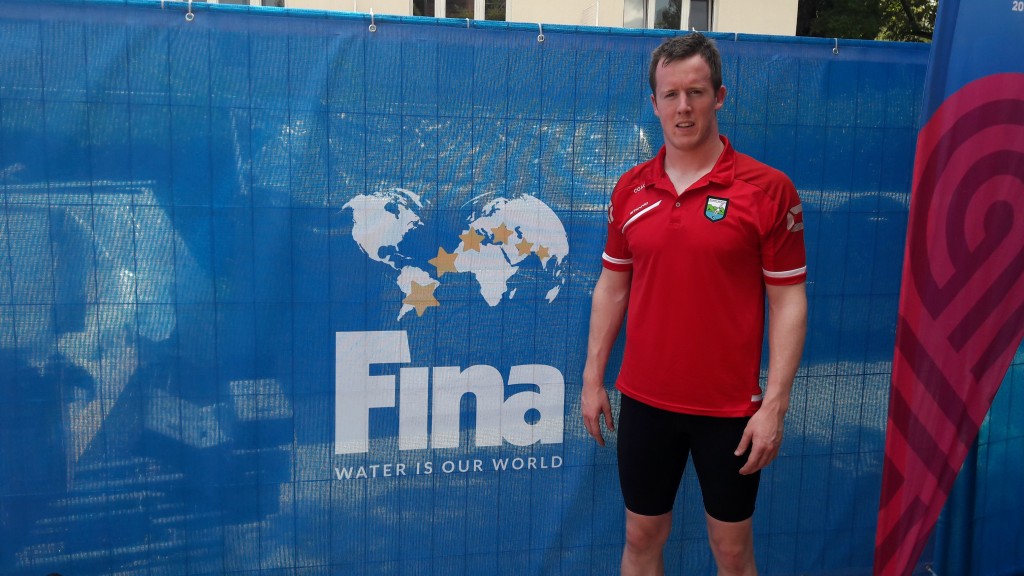 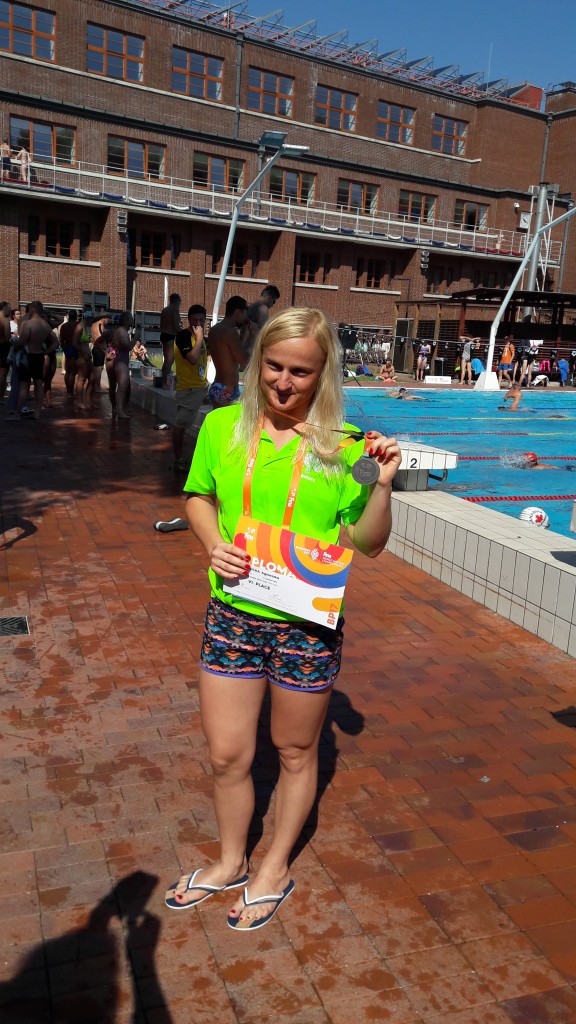 Sliabh Beagh were represented in the pool by Peter O’Hara at this gala.  Our ex-coach, Agnieszka Wysocka was also in action as were 23 other swimmers from Ireland. There were thousands of swimmers from all over the world at this championship. These swimmers ranged in age from 25 to 97.

Peter swam in the 50 Free, 100 Free, 50 Butterfly and 100 Butterfly. His first swim, the 100 Free was in the iconic Duna Arena Budapest. His remaining swims were at the equally impressive Alfréd Hajos National Swimming Centre on Margaret Island, Budapest. This is where Adam Peaty, GB, set new world records a week or so earlier. It is also where many other individual and relay records were set earlier in August.

All of Peter’s swims were below what he was hoping to achieve, time-wise and consequently his finishing position in his age group was between 50 and 55th place, rather than sub 40th.

Despite this setback, racing against top class Russians, Germans, Brazilians, Mexicans, Americans etc was an education in itself. These men were previously national champions, world and Olympic competitors. Indeed the best swims in his events were in the 30–34 age group. The times by these swimmers would see these guys being Irish senior champions in 2017. So, competition was ruthless.

Agnieszka, who alas is leaving us for a full time coaching position with Lisburn ASC, did perform. Again like Peter, her category was stuffed with national champions, previously full time USA college athletes, professional swimmers and former Olympian’s. Agnieszka was not put off by these top notch swimmers. Like Peter she swam the 50 Free, 50Fly, 100 Free and 100 Butterfly. She also swam the 200 Free. Agnieszka completed her races with the following results. Two 6th place finishes, one 7th place finish and the rest were in the top 12 of her age group.