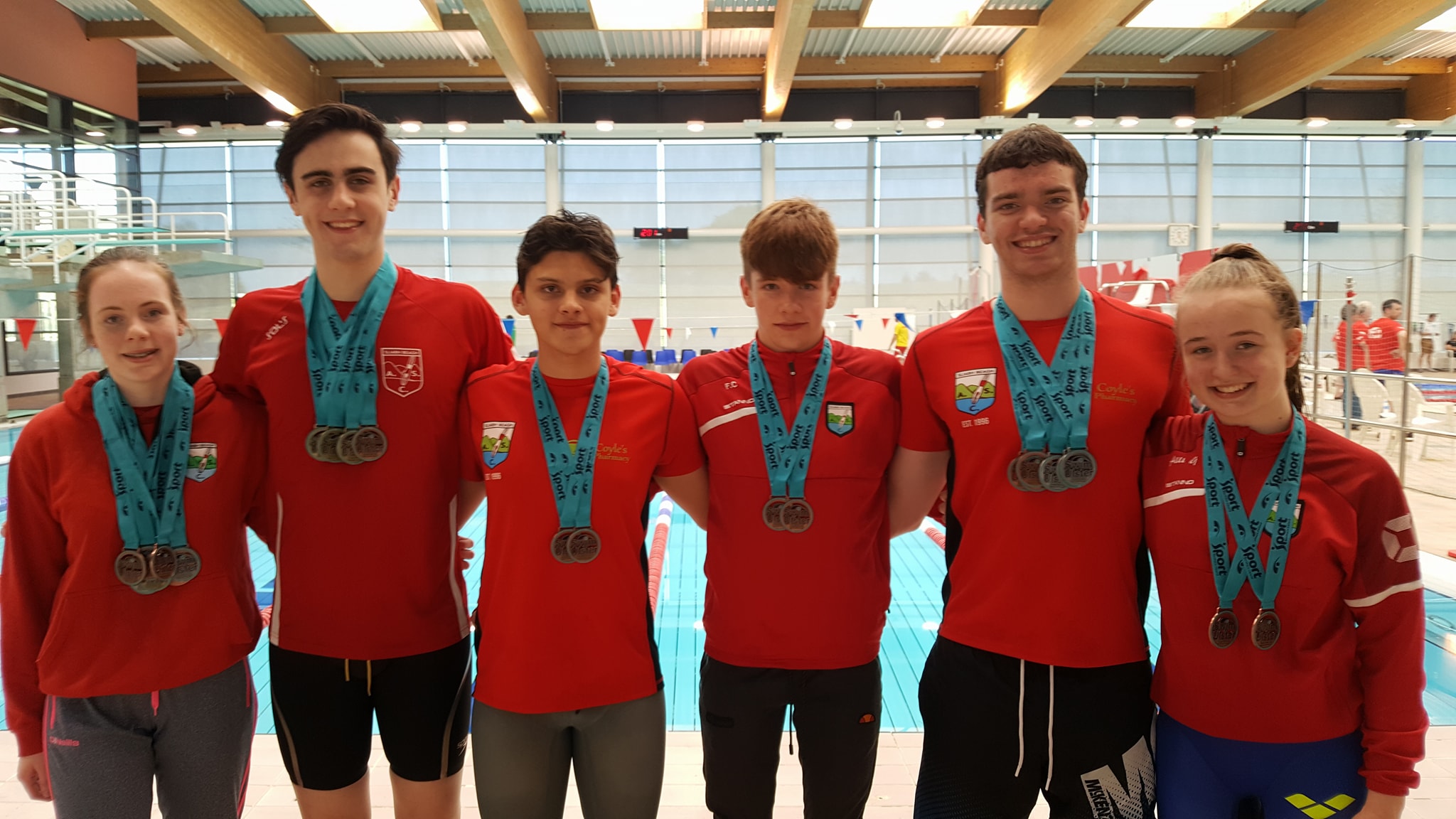 Last week we reported on the successful performances of our Relay teams in the Ulster Championships. We also thanked out coaches, Officials, Parents and club officials.   This week we are reporting on the individual performances of our team. Swimmers from the club swam in events ranging in distance from 50m to 800m. They also swam in multiple stroke events.

Out of the 9 swimmers that took part between them they brought home 20 individual medals.

The competition was tough and no medal was easily collected. Not everyone got a medal and not everyone made every final in the events they entered.

From a coaching point of view, most swimmers from Sliabh Beagh ASC, swam, displaying a high level of skill execution from start to finish of their races. This was one key element of our successful performance at this gala.

This is most important, when one considers that while we train 5 to 6 times a week, we are at least one third to one half behind the top clubs in Ulster, when it comes to training volume.  Thus, skill is vital to close the volume gap.

The club coaches also took a decision to not attend 50m pool training prior to this competition. This was primarily due to a practical assessment of when we could fit it in. It turned out, that the work done at home in Monaghan more than compensated for the lack or 50m pool training.

The swimmers and performances were exceptional.  The ability to repeatedly turn up at the start and swim fast, was very pleasing and rewarding for both the swimmer and their parents and the coaches.

Claragh McGahon entered 10 events. Won 10 medals. Claragh, had a hectic schedule and at the end of the competition, missed out on a gold, due to fatigue. While Claragh’s performance was exceptional, the missing out on the Gold in Backstroke annoyed her. This was the reaction of a winner.

John Donnelly had a successful championship entered 7 events and won 6 medals. More work in training will enable John to bring home his races and move to the next level, seamlessly.

Enrique Lara entered 3 events and returned 1 individual medals. Enrique had a tough day on Sunday and after a very brave effort in the 400 Free, picking up a bronze, went on to swim very competitively in the tough 200 Fly and 100 Free events.

Allison Gorman had a very exciting gala. While Allison had to be very selective in the events she chose to swim in, because her season has been very disrupted by injury. However, Allison made it to 3 Finals and picked up 1 medal.

Katie Bowden swam on Saturday in the 400 Free and 800 Free events, Both are tough and Katie swam brilliantly and missed out on medals, finishing 4th and 6th in her events. However, Katie had the benefit of picking up National qualifying times in both events.

Rebekka Prim swam in the 200 Breaststroke event. Rebekka qualified for the final and in the final, really turned in a super performance, slashing her previous best time and setting a very good new PB. No medal, but great satisfaction.

Matthew Skeath entered 3 events on Saturday and had a mixed day. He made two finals and got two PB’s, but now needs to really improve his skill execution, if he wants to make the podium. This work has already commenced and we look forward to seeing the changes produce the results he is chasing.

Faolan Campbell had a busy gala. Swimming 6 events and making 4 finals made it a challenge. Faolan set PB’s in the 200 Free, 200 Back, 100 Free, 100 Back, 400 Free and 50 Free. Faolan missed out on Medals in the 100 and 200 Back and 200 Free. He missed the 100 Free final because he was trying to save energy and was pipped at he post in the qualifying swim. A lesson learned Faolan. However it was a great gala for Faolan and a big step forward in his progression in the sport.

So, in conclusion, this was a very successful gala for the 9 Sliabh Beagh swimmers attending who brought home 20 individual medals against the best in Ulster.  Lessons were learned by everyone, but the overall emotion was joy, based on the impact these swimmers had on the gala and the gala had on them. Confidence was built, areas that need work were identified and the team returned home delighted with their performances both in the individual and team events.

Allison had a great competition reaching finals in the 100 Freestyle and Butterfly. Allison won Bronze in the 50M Freestyle.

Faolan reached the finals of the 200 and 100 Backstroke, 200M Free and 50M Freestyle. He also swam on the winning freestyle and Medley Relay Team>
Great performance by Leon at the Ulster Youth and Senior Championships. Silver in the 100 Butterfly, 100 Breaststroke and 50 fly.

Well done Enrique at the Ulster Youth and Senior Championships. Bronze in the 400 Freestyle. Enrique also reached the finals of the 200 Fly and 100 Freestyle and swam on the winning Medley Relay Team.

Matthew had a great competition reaching the finals of the 200 Breaststroke and 200IM. Matthew also swam on the winning Freestyle Relay Team.

John had a great competition with Gold in the 200, 100 and 50M Breaststroke, silver in the 100 Freestyle and Bronze in the 50 freestyle.