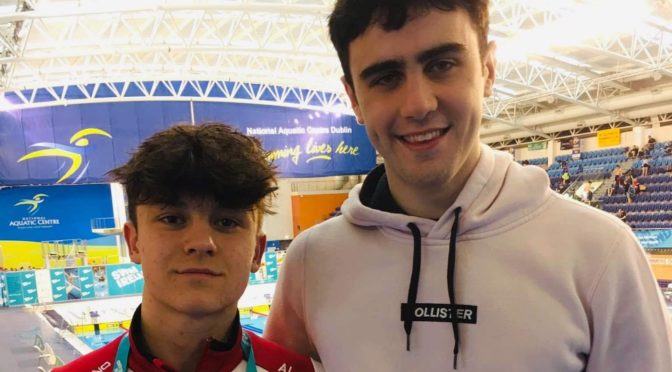 Kyle and John were up against Irish record holders Alan and Eoin Corry and Darragh Green in their 50m, 100m and 200m Breaststroke.

The above Irish swimmers won their events and set new Irish Records in the process. Our boys set new Personal Best times for themselves and John made 3 Finals.

The 200 Butterfly is well known to be a very tough event. Adam was not to be cowed by the company he was in and attacked the race positively. Adam went out fast over the first 100m and hung on in the first 50m of the second 100m. However, he fatigued in the closing two lengths and while he came home in a new PB time, he was hurting seriously. 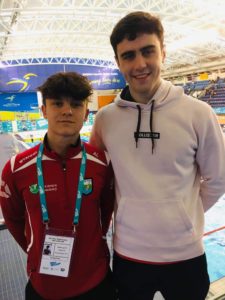 Only the highest praise can be given to Adam and when he was able to discuss his performance with his coach, it was all positive and a look to the future, for the next stage of his development.

Kyle swam in the Breaststroke events and he picked up PBs in the 50m and 200m events. His 100m was a close shave from missing the PB. Kyle has improved his technical elements and this took a lot of concentration when in the red heat of racing. This needs more refinement but the process has begun. If this is well embedded through deliberate practice, Kyle will be a contended. I say this because his Breaststroke leg kick is awesome. Performances were discussed with the coach and a combined effort to work on the technique and to build fitness, is the basis of the plan in the coming months.

John swam in the 3 Breaststroke events like Kyle.  He also swam in the 50m Free, 50 Fly and 100m Free.  John achieved a final payment, ace in all his events except the 50m Butterfly.  John has improved his fitness this year and he is also working on his technique and strength.  The primary difference between John and those who finished 1st, 2nd and 3rd is water fitness. This is achieved by training in the pool between 16 and 20 hours a week. John and his comrades have a maximum of 8 hours in the pool. This is a big gap and has serious impact on all events, especially the 100m races and up in distance. 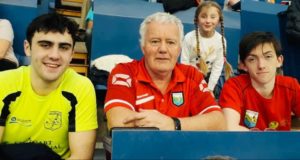 Again John and the coach, had a good discussion on the technique and the next phase in his preparation for competition in Summer 2020.

Well done swimmers.  You brought a lot of praise on the club with your performances.  Keep working SMARTER and with club support, you and others, who did not go or have the times to be entered, but did not travel, will be great advocates for your club, parish, region for young people, in future years.