Over 20 young Athletes converged on Ballybay Town park on Wednesday 9th August to take part in the very first Muckno Aquathon.  Sliabh Beagh was well represented at this event.  The swim consisted of an open water swim 250m in the beautiful Lough Major followed by a 2.5K run in the Ballybay Town Park.

A big thank you to Muckno Triathlon Club for a very well run event. We hope to see more such events in the future.

Well done to a number of our swimmers who attended their first Junior Triathlon in Camlough lake.  The swim consisted of a 250M open water swim in the Crooked lake in Camlough, followed by a 5k cycle and a 1.5K run.

This event was run in conjunction with a Tri A Tri at the same location.   Well done to Patrick and Rachel O Shaughnessy, Jake Lambe and Tom Doherty who came third in his age group.

Congratulations to Daniel Madden and Allison Gorman who both reached the podium in the Cavan Kayakarun junior event.  This is an adventure race which kicked off with a 2.5K run followed by a 600M Kayak in Barnagrow lake and a tough 20K cycle finishing at Gallonray House.   Also well done to Sliabh Beagh member Emily Madden who completed the Challenge event. 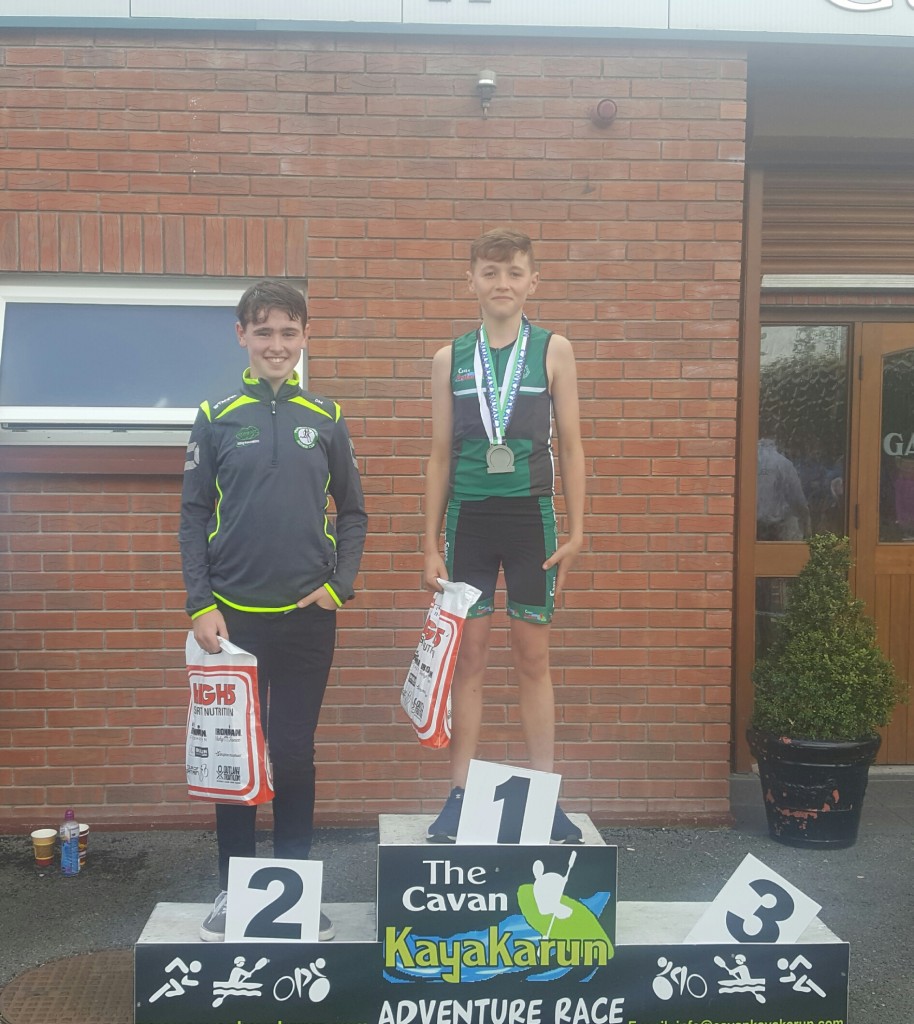