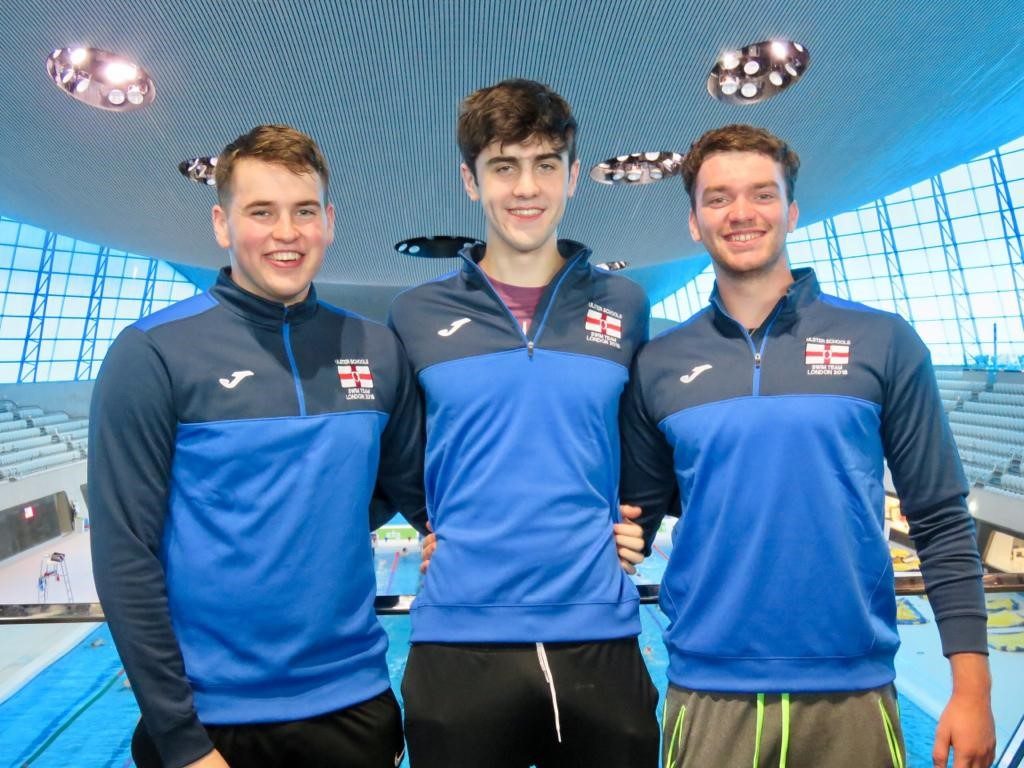 Three young swimmers from the Sliabh Beagh swimming club in Co Monaghan were part of an Ulster Schools Swimming team that enjoyed a weekend of training at  the world class London Olympics Aquatic Centre recently.
The venue where the Olympics games took place in 2012 is situated in the east of London where the group stayed for two nights.

Ciaran Deasy, John Donnelly and Leon Campbell who all were representing their perspective  schools.  Ciaran and John both attend St Patricks High School in Keady and Leon attends Our Lady’s Secondary School, Castleblayney.

Another club member Katie Bowden was also selected to make the trip to London but due to an injury a couple of days before departure alas Kate could not travel but no doubt Katie will be in the running next year to make London.  Katie is already back in the pool training hard.

The trip involved an exciting weekend to London and the swimmers got a chance to train in the 50-meter Olympic pool.  A fantastic opportunity for these young swimmers who enjoyed the experience.  They also enjoyed the opportunity to make new friends from all across Ulster and get to see the sights of London and not forgetting a bit of shopping.

The Lads along with other members of the Sliabh Beagh club train very hard with most training sessions taking place at 5.45 in the morning.  So this was a great reward for all the hard work that the swimmers put in over the year and a great testament to the Sliabh Beagh coaching staff and committee.  In total 23 swimmers took part in this well organised-event, which was enjoyed by everyone. 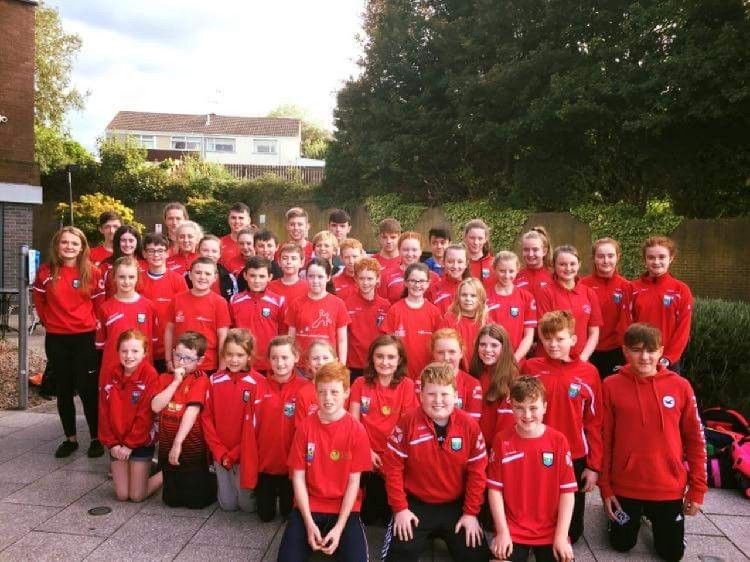 The young children performed very well in this competitive environment, they showed determination and worked hard in all of their races, encouraged by the older swimmers.

The competition was very close up to the very end with Sliabh Beagh winning overall with a score of 568 and Armagh 550. The entire club had great team spirit as the young and older swimmers cheered each other on throughout the whole gala. Our next Gala is a home gala  taking  place this Saturday in Coral Leisure at 5pm warm up and starting at 5.30. Go Sliabh Beagh