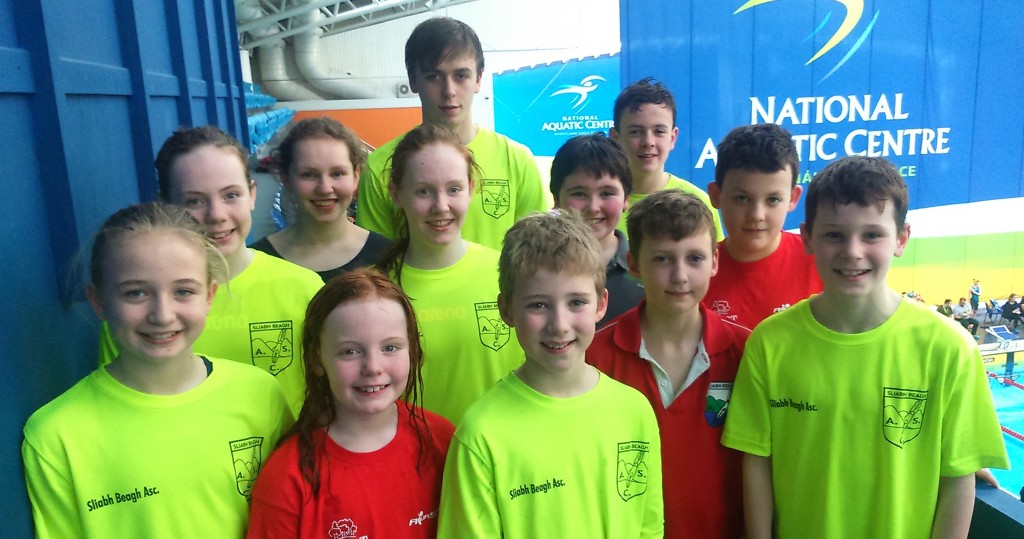 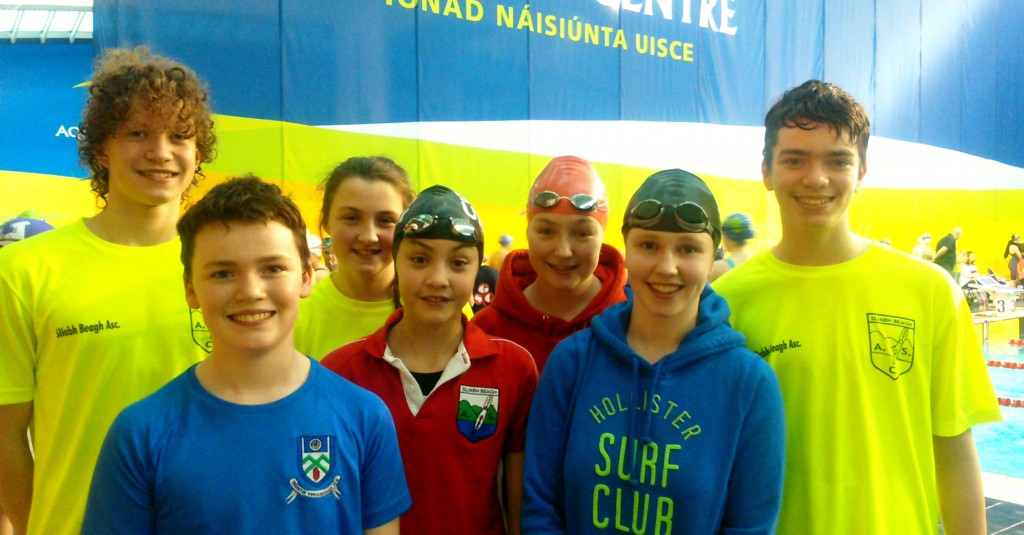 The short course season has ended for some of our swimmers and now its time to get ready for long course. Swimming is a very technical sport and swimming in a 50m pool really enforces this by showing the necessity for a good mix of technique and fitness.

Last Sunday the 25th of January, 18 Sliabh Beagh swimmers travelled to the NAC Dublin  to compete in the first long course gala of the season. With just two training sessions in the 50m pool in Magherafelt under their belt everyone was a bit anxious and apprehensive about the task ahead.

For those of you who aren’t aware of the differences between swimming in a 25m pool and a 50m pool…well they’re huge! A good way to get a sense of the differences is to watch a young inexperienced swimmer swim their first length in a 50m pool. They start off the length full of energy, then around half way the stroke slows down. They have a look for the wall but it is nowhere in sight. The stroke slows down even more and then the stroke flaws start to creep in. They have another look for the wall and by now their arms are beginning to hurt. When they finally do touch the wall they think, wow that was long.

Some might think there is a benefit in fewer turns, but they’d be wrong. Turns allow the swimming muscles in the arms and legs to rest and with fewer turns the swimmer fatigues and the race gets slower. So it is understandable for those who might not have hit their PB’s on Sunday. Put it down to experience, knuckle down in training and work hard on technique, as it will always prevail.

On the day we had very brave contenders in Alannah McGahon, Caolan Roberts, Matthew Comiskey, James Campbell and Danny Madden competing in their first ever long course gala. Full credit goes out to all of them for putting in a very good performance.

Also praise goes out to Allison Gorman for rising to the challenge of swimming a 400IM in long course format. This event requires plenty of attention to the technical aspects of all 4 strokes, which she did, and by competing this in a 50m pool makes it even more challenging, so well done to her.

Another good effort in very technically demanding races was Claragh McGahon, Conor Comiskey, Emily Madden and Colin Gorman in the 800m and 1500m freestyle events. They all displayed some good technique and determination in their first attempt at these distances in long course format.

Other swimmers in attendance were Emer Sheridan, Shauna and Cillian McGahon, Leon Campbell, Lorcan Roberts, Caragh and Caoimhe Leonard and Nathan Shields.  They all performed very well and showed great character in their first long course competition of the season.