On Saturday 11th March City of Belfast Swim club visited Monaghan Leisure Centre to compete against our young swimmers ranging in age from 8 to 12 years. It was a very exciting gala with our team doing particularly well in the relays. The final score was Sliabh Beagh 216, City of Belfast 184.

And just last Saturday a team from Lecale came to Monaghan hoping to win. But again , Sliabh Beagh swimmers stepped up to the mark and won by margin of 20 points.

The aquasprint league is an intense competition where children compete individually in all 4 strokes at each age level based on birth year: 2005 – 2008. Two relay events take place also – a medley relay and freestyle relay. Swimmers work as a team to gain points. It is a great opportunity for young swimmers to swim competitively but in a group setting.

Next Saturday 25th March sees the team head off to Ballymoney.

Best of luck to all swimmers. 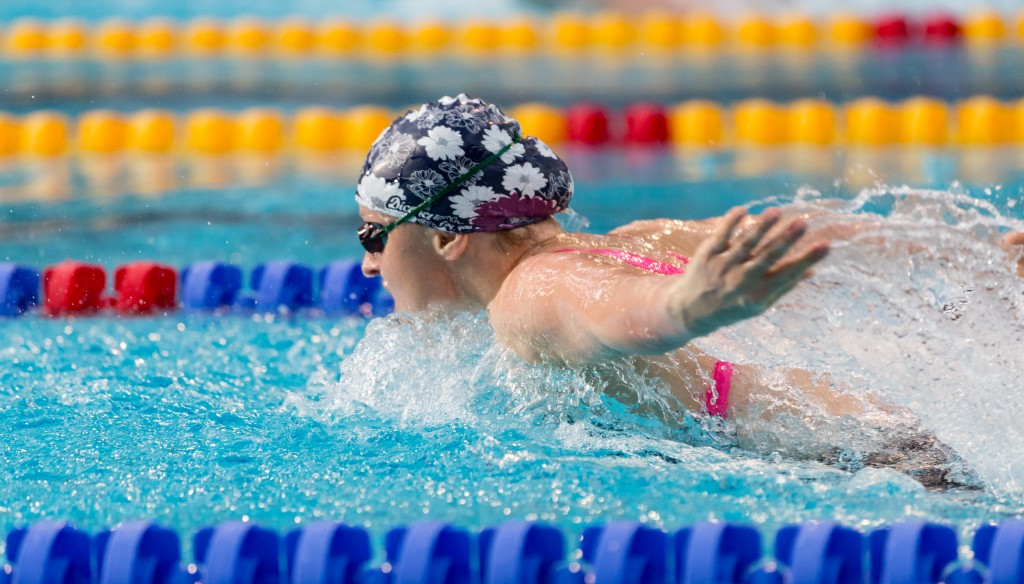 We are delighted to be able to inform all readers and congratulate our Club Coach Agnieszka on a magnificent achievement. This week it was confirmed, that Agnieszka Wysocka-Khan has achieved two FINA World Ranking places in the stroke of Butterfly.

Agnieszka who is a very good coach and is a committed swimmer, has really focused on developing her stroke efficiency over the last 12 months. To this end she has kept modifying her skills and improving her fitness, with singular determination and focus. Since Agnieszka came to Ireland, she has eased back into swimming and allied this to working as a swim teacher in a number of centres. She has built up her fitness, taken advice on stroke enhancement and then decided on what worked for her and what to dump. As reported last week, she set 4 Irish Records in the Limerick Masters Irish Open.

While growing up in Poland, Agnieszka was identified as a good swimmer and was offered a sports scholarship to second level school. She took up this offer and went on from being a good local swimmer to being a national champion. Butterfly was her preferred stroke but she was also good at Freestyle and Backstroke.

As a developing swimmer in Poland, the regime was tough. Many hours in the pool daily and also as she matured, the gym came into the training programme too. However the result was achieving success at national level.
Agnieszka still says her first coach, at local level was her best coach, because he developed her swim skills first and build her into a skilled swimmer. Coaches after this built her power and fitness.

On leaving school, she graduated to University where she, soon took early retirement and completed college and then moved into employment in the education sector.

So congratulations Agnieszka and the best of luck in the coming British Championships in Aberdeen and the FINA World.