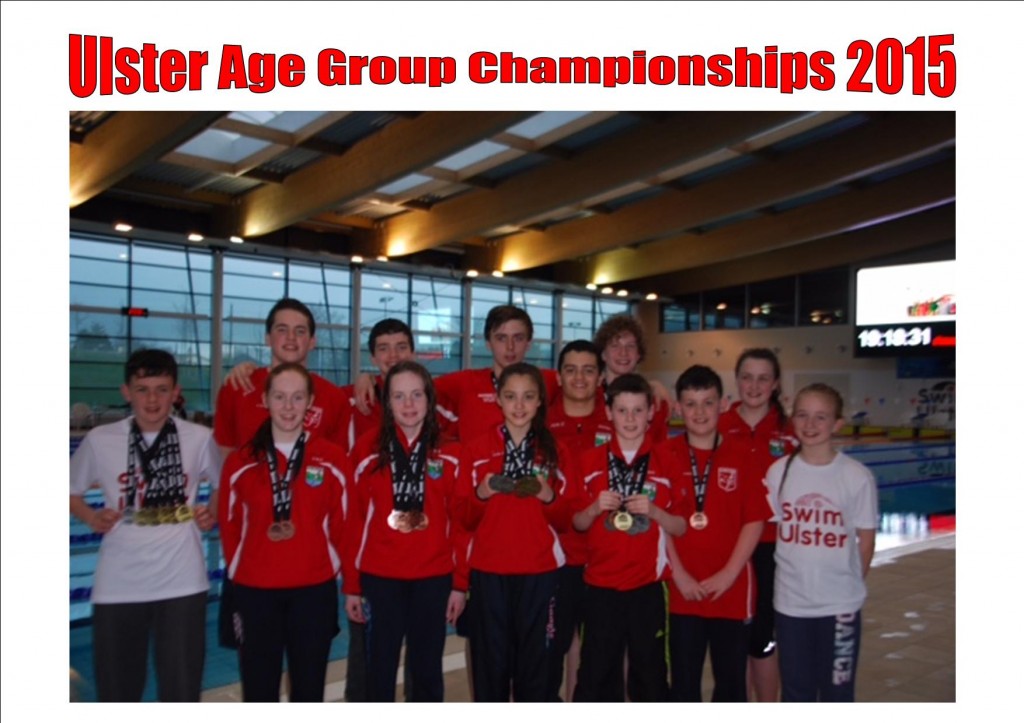 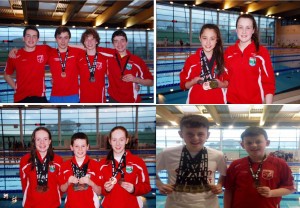 Last weekend the above championships were held in Bangor Aurora Long Course pool. Seventeen (17) Sliabh Beagh swimmers entered the event. This is the premium Age group event in swimming in Ulster. Swimmers from 10 to 17yrs can enter if they have previously obtained the qualifying times for the different strokes and distances. Something in the region of 670 swimmers took part. There were also swimmers representing Leinster squad, Templeogue ASC, Plymouth Leader (UK).

Pre-competition, a coach, manager or athlete never really knows how things will work out. You can base it on experience, or going well in training etc, but until the heat of battle how one will react is unknown: that is the beauty of sport.
Preparation is key, conditioning is important, doing the technical things consistently well is vital. Our swimmers stood up to the mark last weekend and really swam with their brain in gear.

Below is a list of medal winners but here I will strive to make a concise point on each swimmer.

Nathan Shields swam a very good medal winning 1,500m freestyle. In the shorter distances we have a tweak to do. Colin Gorman swam out of his skin in several events, both technically and in speed, taking home a silver in the 200 breaststroke and bronze in the 200 fly.  Jamie Sheridan had a limited program but he gave his all in the 400 free and the two relay races, picking up PB’S along the way. Ciaran Deasy really tried to break the one minute barrier in the 100 free,

missing it by 0.6 of a second. Technical work is in need of attention. Eoghan Keenan tried very hard, got PB but was a little disappointed. More racing will solve that problem. Great potential is evident.

Leon Campbell is a little like Eoghan in that both came to swimming at this level later than the majority, but he has applied himself. PB’s every swim, a medal and serious progression. He has to attend to a few important technical points.

Conor Comiskey has been performing and improving hugely over the last 6 months. Conor did not disappoint, beating his rivals comprehensively, bringing home five gold and one silver medal. To keep this going will require a number of adjustments, which he and the coaching team will work on.

Lorcan Roberts came to the gala possibly a little concerned with his up-and-down form. After the gala, with some significant PB’S in his pocket and a few good scalps, he went home a happy boy.

Cillian McGahon produced a number of exceptional performances, picking up medals and PB’S all over the place. Quote of the gala goes to Cillian “I thought my chest was going to burst but I did not give in”.

Matthew Comiskey did’nt have many swims at this event as the qualifying time for the younger boys are tough. He did however pull a medal out of the bag in the 100 Breaststroke: a wonderful achievement.

Shauna McGahon returned to winning ways in the 800 free and 200 fly. Both were tight, exciting races, with Shauna demonstrating good technique and great race management and bringing home two medals for her effort. Now she needs to just do it more often, the skill is there.

Emer Sheridan was wrongly DQ’d by an overzealous official on the first day of competition in the 200 back crawl.  Her swim was excellent and a PB to boot. Emer also delivered in her other swims picking up final places and PB’S. Keep up the good work girl.

Caoimhe Leonard was struck down with lattissimus dorsi strain on the eve of the gala, resulting in her withdrawing from a few events. She swam the backstroke and breaststroke races, pulling off PB’s but and making the final of the 200 breaststrok. For the remaining of the season, Caoimhe and her sister Caragh need to attend all sessions!

Claragh McGahon took her DQ’d in the 200 backcrawl on the first day of competition in the right manner, she put it behind her. Like Emer it was completely wrong. Thereafter, Claragh produced performance after performance picking up PB’s and medals all over the place.

Allison Gorman produced some scintillating swims achieving some massive PB’S, Division 2 qualifying times and a big boost to her confidence. For the remaining months of the season, the work rate at training has to improve.
Caragh Leonard won 5 medals in various strokes and distances. Some very competent swims were evident but some work on minor technical elements and tapping into the “red zone” needs attention.

Sheenagh McKenna was drafted into the squad to make up our relay team. Sheenagh was not overawed by the experience but I think she will be here on her own merits in 2016. Sheenagh swam the anchor leg in both relays and set first time PB’s.

Looking to the future
There are a number of swimmers working hard in the club just beneath this level. The coaches want to see you trying to get Division 2 times for the June gala. This will be discussed with all concerned over the Easter.